The Eden Caravan Muster is an annual event held in Eden from the 12th – 18th September. The event provides 8 days of food, wine, entertainment and adventure in Eden on the Sapphire Coast NSW. 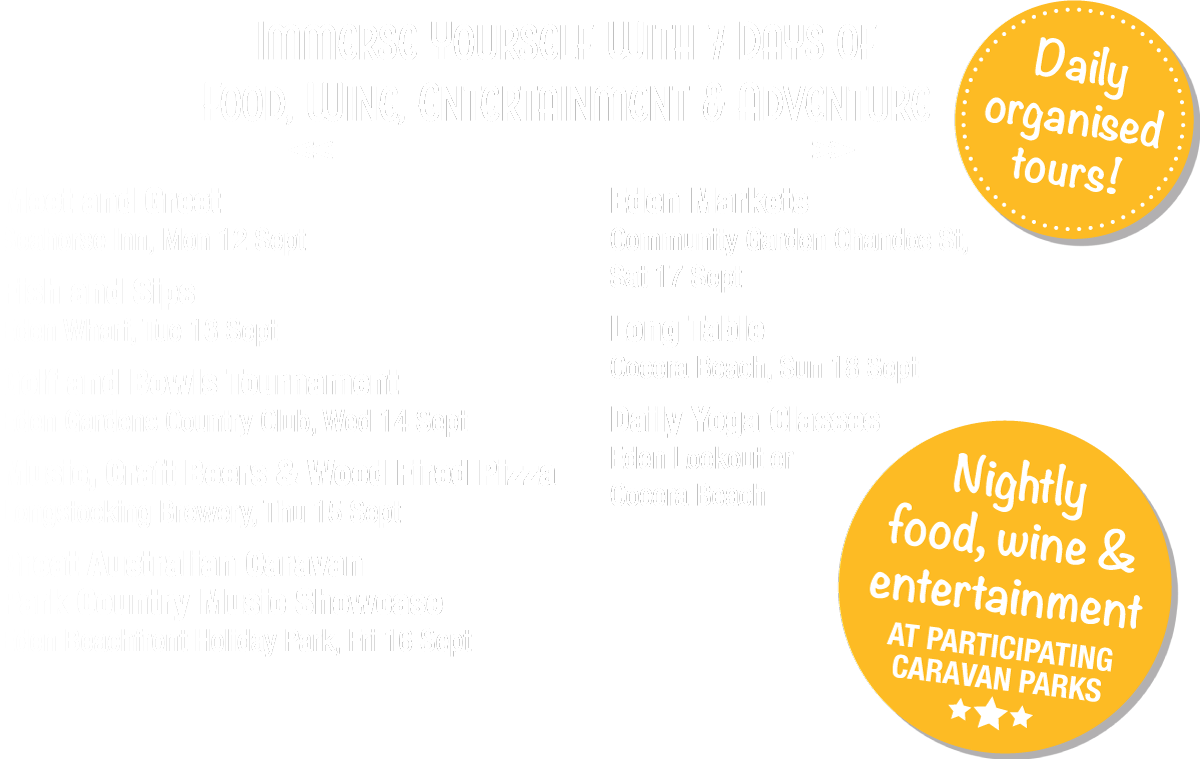 Beautiful Boydtown Beach Holiday Park is on the shore of Two Fold Bay with magnificent views across the glistening waters to Eden.

The setting is picturesque and contains the best to offer along the Sapphire Coast.

BIG4 Eden Beachfront Holiday Park has accommodation for every budget – deluxe beachfront holiday villas, self-contained holiday cabins, chalets and a variety of campsites to chose from. We also offer popular beachfront campsites, as well as caravan sites with ensuites.

If you’re looking for large sites in a picture-perfect waterfront location in Eden, look no further than Reflections Holiday Parks Eden. Idyllically positioned between Lake Curalo with Aslings Beach, it’s the place to relax and create lasting memories.

Want to experience the Eden Caravan Muster, but don’t own a caravan? Head over to Camplify, Australia’s largest caravan and motor home sharing community, to search from thousands of neighborhood caravans available to book now. For more information and to explore the possibility of hiring your own van out when not using it, visit www.camplify.com.au or call 1300 416 133 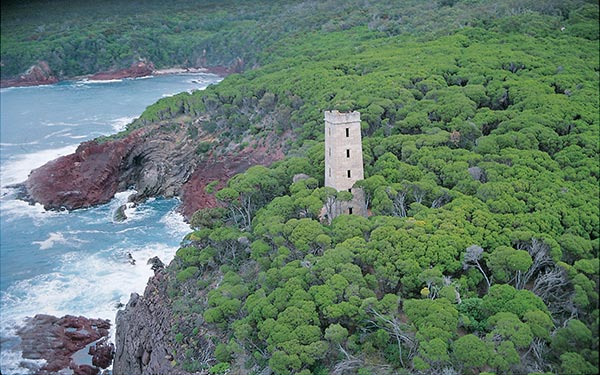 The region is known as the ‘humpback highway’ and every year, between September and November, our waters play host to thousands of humpbacks heading home to Antarctica.

Set in the magnificent Twofold Bay – the third deepest natural harbour in the southern hemisphere, Eden is famously known as the Humpback Highway, and the tale of the wild killer whales who hunted with the Yuin people, and later with European settlers.

It was also the centre of operations for entrepreneur and pioneer Benjamin Boyd who built Boyd’s Tower, Boydtown and the Seahorse Inn as part of an extraordinary empire, before the vision crumbled.

And while you’re in the section of the national park named for this grand schemer, take time to see the Green Cape Light Station, marvel at the wilderness and beauty that surrounds it, hike all or part of the ‘Light to Light’ walk and muse on the area’s connection to Australia’s new saint, Mary MacKillop.

This still is a working port, so drive or walk down in the early morning and watch the boats return with the day’s catch. Chances are you will catch a glimpse of your dinner before it meets your plate!

Each September, baleen and toothed whales migrate south for the summer. Many have calves in tow, and often spend a few days in the area, resting, feeding and playing before continuing the Humpback Highway. Nowhere on the coast is it as easy to get up close with them, in peak season charter operators have their choice of pods to watch within minutes of leaving Eden Wharf. The Eden Whale Festival, held in Spring each year, celebrates this migration. 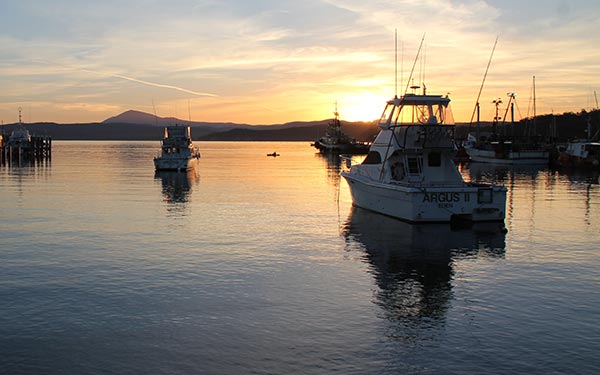 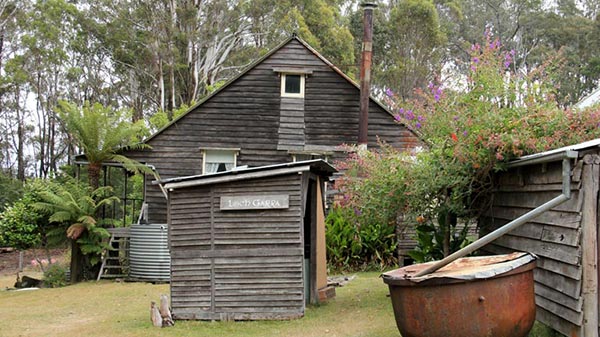 Magnificent Twofold Bay has the quiet watcher of Mount Imlay in the background. It sees the whales feeding as they migrate every year; the days when men and killer whales worked together to herd the gentle giants for the whaling industry are long gone and faithfully recorded in fascinating displays at the Eden Killer Whale Museum. The skeleton of Old Tom, last of the herding killer whales of Eden, is an impressive exhibit.

A history steeped in the traditions of the sea. With endless fishing opportunities and fascinating dive wrecks is Eden. See the trawlers at Snug Cove unloading their catch of the day. You can sample their catch at one of many cafes or restaurants at the Wharf.

Lookout Point, Rotary Park and Seamans Memorial Wall are up the hill from Eden Wharf. They offer panoramic views over beautiful Twofold Bay to Mt Imlay. There is a Picnic area, toilets, and playground.

For splashing about choose between several beaches right in Eden – Aslings for surfing and rock pools, Cocora for family fun with facilities or Snug Cove with its caves. Charters offer all weather diving from Merimbula to Green Cape and daily fishing trips. Cruise Boats offer discovery cruises on Twofold Bay during which its history is unfolded, and dolphins, seals and whales may also be seen. 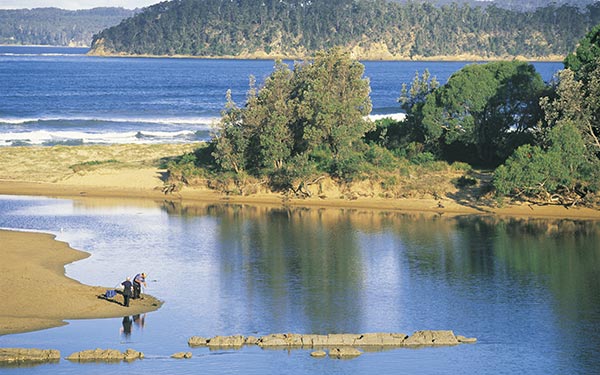 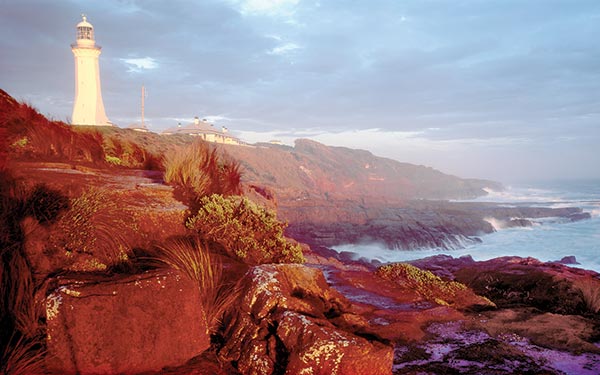 From Pambula Beach in the north to historic Green Cape lighthouse in the south, Ben Boyd National Park features rugged coastlines, vivid rock formations, pristine beaches, extensive areas of coastal heath and intriguing history. South of Eden, Boyd’s Tower marks the entrance to Twofold Bay and is named after the 19th century entrepreneur Ben Boyd who played an important role in the early development of the area.

Whilst this tower was never actually used as a lighthouse, it provided a handy lookout point for many years from which shore-based whalers could watch for migrating whales along the coastline. Nearby, Davidson Whaling Station Historic Site stands as a reminder of the early whaling days when a pod of Killer Whales led by ‘Old Tom’ assisted the whalers in the hunt for baleen whales.

Boyd’s Tower is connected to Green Cape Light station by the spectacular 30km Light to Light Walking Track which ends at the lighthouse with its renovated Assistant Lightkeepers Cottages.

The walk can be done over two nights, or in shorter half day sections.

If you are interested in attending the Eden Caravan Muster, please visit fill out the details below so we can keep you up to date on event happenings.